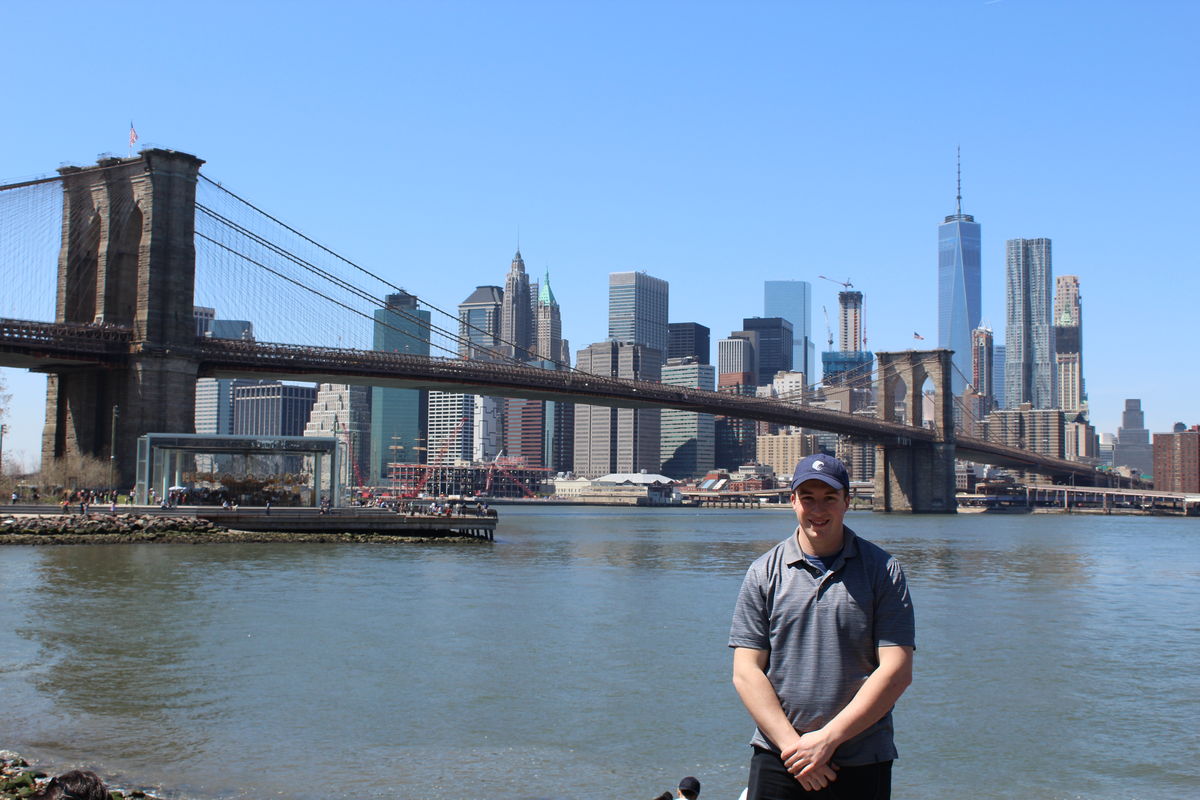 Grad turns aptitude for Mechanics into Lucrative Career
Feb 1 2017
Ulster BOCES means different things to different people. For Thomas Lamendola, Ulster BOCES was an environment that provided him with a way to turn his aptitude for mechanics into a profitable livelihood in the heating, ventilation, and air conditioning (HVAC) profession.
Although he earned decent grades at his home school, Thomas was not motivated by his academics. Outside of school, he enjoyed spending time as a volunteer firefighter. Since he grew up tinkering on four-wheelers, outdoor power tools, and grounds maintenance equipment, he decided to enroll in the Motorcycle/Outdoor Power Equipment/Turf Management (MOP) program at Ulster BOCES.
He quickly realized he had made the right decision when he successfully completed his first technical assignment. The class was tasked with disassembling and reassembling an engine with the objective of having it run successfully at the end of the project. He also says another perk of the program was making friends with students from other districts. "It gave me a lot of confidence," remembers the Ellenville graduate.
The MOP program focuses on the similarities and differences in two-stroke and four-stroke engines, as well as identifying the parts of an engine and how each piece fits and works together to power recreational and commercial equipment. It was these lessons that provided him with transferable skills such as mastering the use of precision measuring tools—a skill he uses on a regular basis today in his current position as a service technician employed by Industrial Cooling Applied Chiller Service (ICACS) where he works in commercial buildings throughout Manhattan.
He fondly remembers a project that both grabbed his attention and gave him real-world work experience. Students from the Ulster BOCES MOP, Automotive Technology, Custom Robotics Design & Manufacturing, and Welding/Metal Fabrication programs collaborated to design and build a custom "chopper-style" motorcycle. Thomas says sharing industry knowledge and expertise with fellow students in different professional areas was a valuable experience. "It was really cool because you got to see what each person was bringing to the table, and that is important because that's what happens in real life," recalls Thomas.
According to Thomas, most of the work in MOP was hands-on, but he says that his teacher, Mr. Giarrizzo, emphasized being thorough and accurate when it came to writing out service tickets because they serve as documentation of the work performed during a service call. "They taught us to be very detailed, and I still get compliments now at the end of the day."
After graduating in 2012, Thomas made the decision to pursue business management and fire science at Orange County Community College. After two years he came to the realization that he was better suited for hands-on learning experiences and enrolled in the Heating, Ventilation, Air Conditioning, and Refrigeration (HVAC-R) program at Lincoln Technical Institute in Mahwah, N.J. "Going to Ulster BOCES made me realize that tech school is the way to go."
He credits perfecting his mechanical aptitude in the Lincoln Technical Institute program with his education at the Ulster BOCES Career & Technical Center. "I understood it a lot better because I went through the program," notes Thomas.
Thomas says the investment of his time at Ulster BOCES, as well as the financial investment to attend Lincoln Technical Institute, has been rewarding. "Living in the city is not cheap, but because of my education, they started me out at a higher pay rate," Thomas says. "I don't worry about my bills and do extracurricular things, and I don't have to worry about money."
As for his future, Thomas has aspirations for a continued future with ICACS and advancement within the company. "I see myself working my way up the ladder and maybe becoming vice president of the company someday."
Share to FacebookShare to TwitterShare to LinkedInShare to PinterestShare to EmailPrint this page